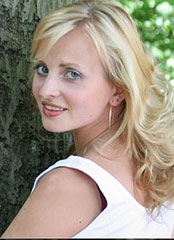 Every country has its own wedding traditions. Somebody offers cattle for a beloved, in other countries groom has to steak his bride. There are even lands where a man has to defeat his future wife in a combat. In other words, as many cultures that many wedding traditions and habits. However hot to make a single girl from Ukraine your wife? What rites are there?

The times when a man had to buy his woman from the father’s hands, had gone forever. Now everything in Ukraine seems familiar to every European. However even the modern times do not mean that romance is dead. It is more than alive and there are a lot of options how to make your woman an unforgettable proposal of marriage.

Of course every woman in the world wants to get a proposal in Paris. If you have an opportunity to bring your kindred spirit to the capital of the most romantic country then there is no way that she says ‘No’. Especially if the proposal is made in front of the Eifel Tower.

One more option to impress your girlfriend is to invite her to a good restaurant where with a help of the staff the ring is put into champagne or dessert. It is quite traditional but because of the popularity of such a trick in movies almost every girl wants to have that kind of proposal. However it is important to take care of your beloved because it is easy to swallow the ring and the overture might be spoilt.

The same trick might be done in the place which meant a lot for your relations. For example, it might be the restaurant where you met each other for the first time or where you had the first date. Such proposal will symbolize a lot, especially for the woman, because ladies are fond of places that have romantic background.

If there is a theater in the city you might offer you kindred soul to join you for the performance. Right after the end of play you will need to jump onto the stage and like an artist make a proposal. Romantic atmosphere of theater will force your sweetheart to say “Yes”.

One more curious option to make a proposal is to put a ring right into the clam. Later when you will have an evening walk you might point at that ‘found’ and ask your lady to open the shell. It will be absolutely unexpectedly for her so she would be touched.

There is a good option to order a kind of an advertisement in her favorite magazine or newspaper. The text of the message will be sacramental “Will you marry me?”. Of course it is vital to sign who your beloved should marry, but she will be definitely happy to have such an unusual proposal.

If you have an opportunity to décor a bedroom while your girl is absent then it is an awesome idea to glue transparent stars on the ceiling. They should form words from a proposal. The key is that they have to shine in the darkness of night so your girlfriend will go to bed and then will raise her eyes above. It would be a magnificent performance!

Among the other ways to make a proposal in the most creative of ways are food tricks. For example, the beloved boyfriend might make dinner at home and put a ring in a glass with champagne or in some other food. It is good to use traditional Chinese cookies with predictions but instead of a piece of paper there will be a wedding ring inside. The plus of such kind of proposal is that people usually crash a cookie first and only then eat, so there will not be an unpleasant situation when your bride ukrainian has swallowed a piece of jewelry.

There are many more ways to make a proposal unforgettable. It depends only on the creative skills of the groom. The main point here is to put all your love in that deed and then your fiancée will have no opportunity to deny your offer of marriage.